Ever since its founding in December 2017, R4D has aimed to create new value through research and development designed to be deployed in our future society while introducing disruptive ideas and technologies (in other words, “R4D”: Research + Development, Deployment, Design, and Disruption). R4D conducts research and development in such areas as AI (artificial intelligence), blockchain technologies, HCI (human-computer interaction), quantum computing, and mobility.

In recent years, we see an increasing number of issues that cannot be solved with technology alone, even as new research and technologies approach widespread deployment. Ever more important are approaches that utilize co-innovation and their ability to bring together people whose shared goals can help solve social issues and facilitate collaboration across disparate industries, academia, and nations to pioneer the path toward new value. Social issues are becoming increasingly complex when it comes to emerging technologies and other fields where there is often little time between research and full deployment.

The event was an opportunity to interact with external speakers to consider how R&D organizations should be and the development of new methodologies in a future where all communities are connected across lines of organization or affiliation. It saw many people from academia and industry circles involved with research and development join both online and offline.

The event started with a discussion between Mercari R4D Head of Research Yoshihiro Kawahara, R4D Senior Researcher Shota Nagayama, and Atsuo Kishimoto, head of Osaka University’s Research Center on Ethical, Legal and Social Issues and professor at the university’s Institute for Datability Science. The discussion focused on a single question: “What kind of co-innovation pioneers the path toward undiscovered value?” The conversation reaffirmed the importance of sharing knowledge and incorporating various community perspectives into discussion of co-innovation hurdles and the mechanisms by which we can overcome them. 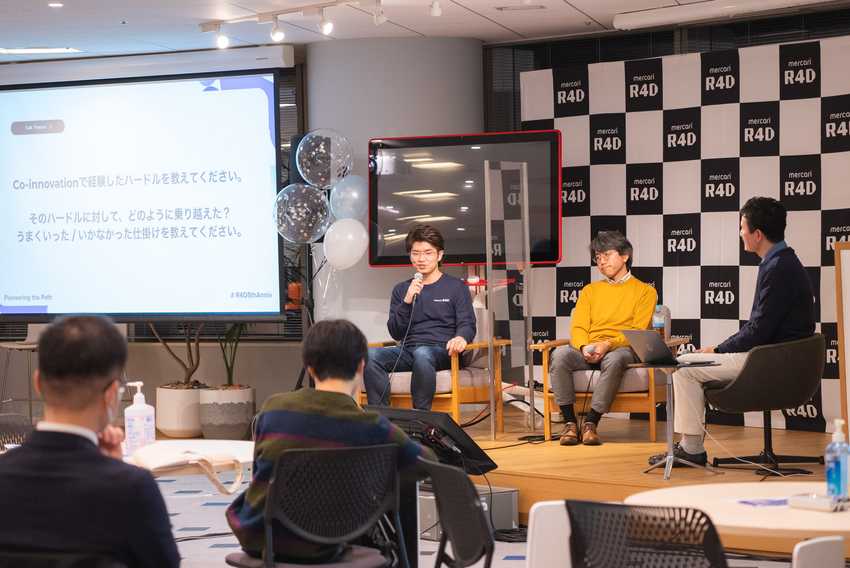 After that, the event featured a lightning talk where R4D researchers and research engineers introduced their respective fields of study, such as mobile HCI and communication on the blockchain and on the marketplace, and showcased the research environment at R4D.

The event closed with a final discussion between Yoshihiro Kawahara, Atsuo Kishimoto, and Director of the University of Tsukuba’s Research and Development Center for Digital Nature, Yoichi Ochiai. This discussion focused on a different question: “In the era of co-innovation, what is the role of the researcher?” 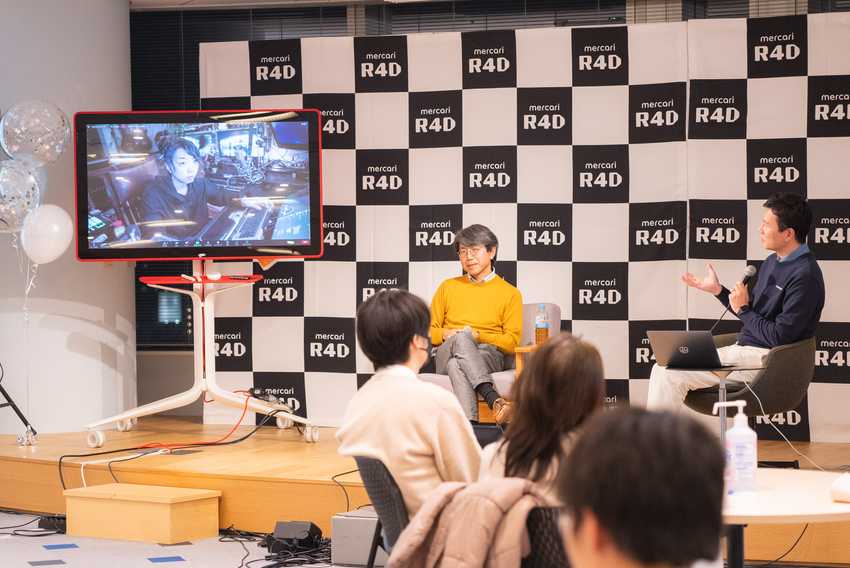 We plan to share the event recording and materials on both Mercari R4D’s YouTube channel and on Mercari’s owned media, Mercan.

In celebrating its fifth anniversary, R4D set a new mission: “Pioneering the path toward undiscovered value.” Mercari and R4D will continue working to foster co-innovation and harvest the fruits of their research—created by bringing together disparate communities across industry, academia, and national borders—to give back to society, leveraging technology to update value exchange systems and the way the world sees value itself in pioneering the path toward undiscovered value.